President Tarja Halonen participated in November 2019 to a OSCE conference in Lund, marking the 20th anniversary of The Lund Recommendations on the Effective Participation of National Minorities in Public Life. 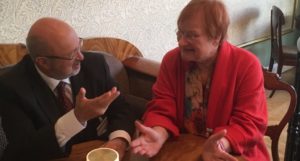 OSCE High Commissioner on National Minorities Lamberto Zannier opened the conference and in his opening speech Mr. Zannier said:” “The premise of the Lund Recommendations is that when people have a real opportunity to participate effectively in the society in which they live, including through benefitting from protections for their identity, society is less likely to be marred by conflict. It is less likely to fail.”

Tarja Halonen, in her keynote speech, underlined better access to justice and rights and the need for stronger co-operation among countries, within regions, and between minority representatives and governments. She also highlighted the difficulty to tackle structural discrimination. 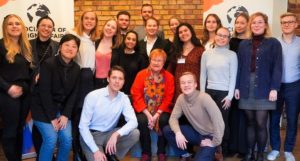 President Halonen,  in her role in UN Secretary-General Antonio Guterres’ the Secretary-General’s High-Level Advisory Board on Mediation, also underlined the importance of early actions and the interplay of sustainable development and peace.

In addition, president Halonen was also invited to a gathering of international students of the Lund University organized by The Association of Foreign Affairs in Lund.

Learn more about the conference here.