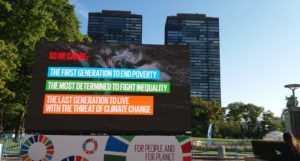 This year, the opening week of the 74th session of the UN General Assembly was more extensive than usual, as inter alia, the UN Secretary-General’s Climate Summit (23/9) and the UN High-level Political Forum on Sustainable Development (24-25/9) convened at the level of Heads of State. President Halonen’s program in New York covered questions related to sustainable development, climate change, gender equality, mediation, arms control and disarmament.

During the High-Level week, President Halonen spoke, on behalf of the Group of Eminent persons, at the Conference on Facilitating the Entry into Force of the Comprehensive Nuclear-Test-Ban Treaty (SPEECH). Furthermore, at the high-level event of the Every Woman Every Child movement, she deliberated on the role of gender equality in ensuring universal health coverage. In addition to several UN meetings, President Halonen 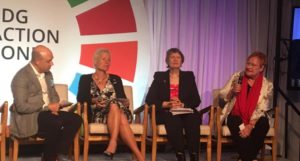 An important theme in New York was the role of women in mediation, and on 26 September, the launch of the Global Alliance of Regional Women Mediator Networks took place at the UN headquarters. President Halonen also emphasized women’s role at the Meeting of the UN Group of Friends of 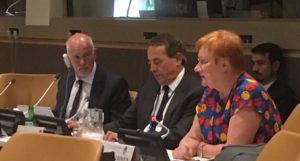 Mediation, during the same day.